Elitepadel is Sweden's leading site with independent tests and reviews of the padel rackets, padel shoes, padel bags and other accessories in the sport. Do not miss our Youtube channel to see our video reviews (English subs):
Visit our Youtube channel

We have tested and reviewed

Are you interested in padel rackets, padel shoes and other products from Babolat?

In this article we present all the products of the French brand Babolat. You will also find full reviews and links to where you can buy each product.

Comparison of the Babolat padel racket 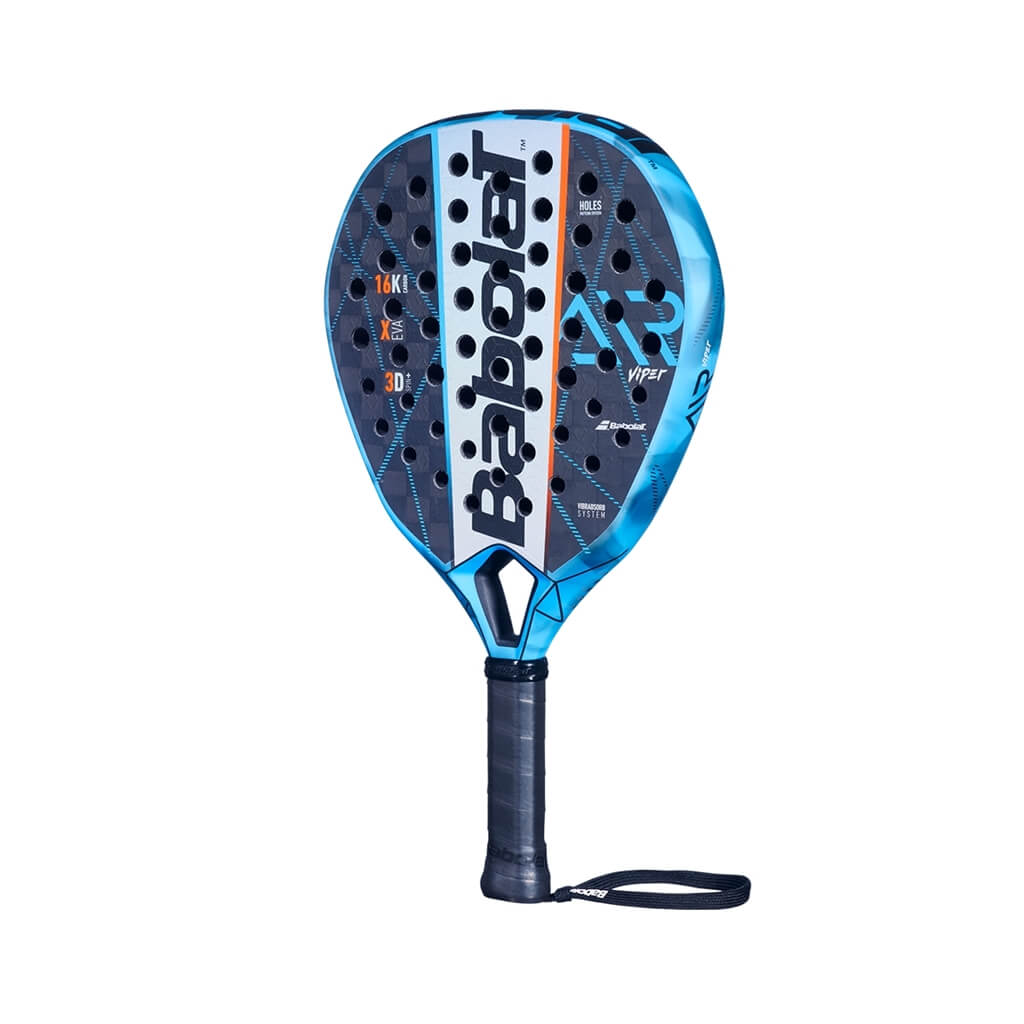 The player who often wins thanks to his agility and quick feet needs a racket that keeps up with the swing. The Viper Air is the racket that, despite its high explosiveness, gives the player maximum control to play an offensive game. The triple layers of X-EVA Technology make the racket’s core optimal for both hard and soft strokes.

The hitting surface consists of 100% carbon, which allows the player to control the trajectory of the ball. The surface is grooved with a 3D Spin+ material that makes it easier to put spin on the ball. The neck of the racket is equipped with a vibration dampening system for increased comfort. 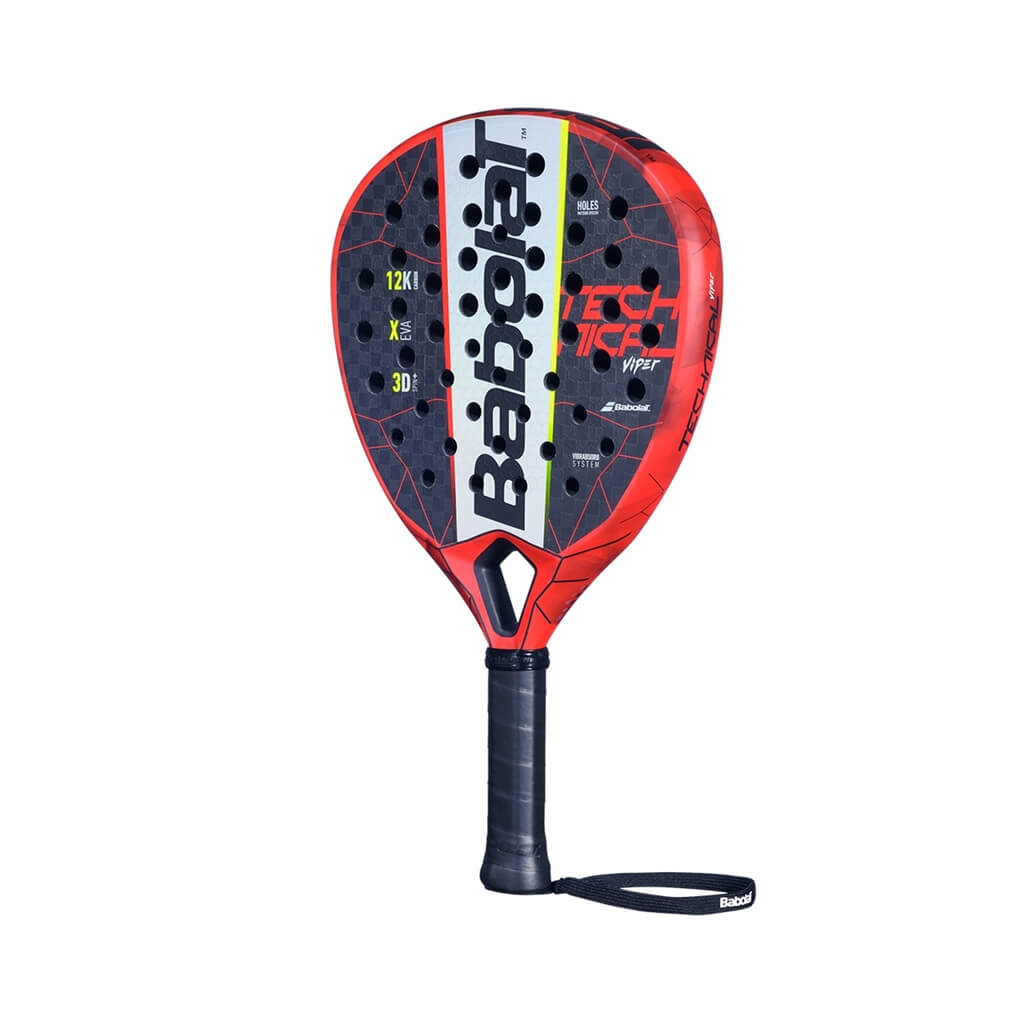 For the player who has a more aggressive style of play with great power and where the smashes are the perfect manoeuvre to win over the opponent, the Babolat Viper Technical fits perfectly. This racket ensures that the strokes have additional power and sends explosive balls. Viper Technicals have three different layers in their core, two outer layers that give speed to the strokes and a softer one that makes even the loose strokes comfortable and increases the margin of error. The surface of the diamond-shaped racket is made of 12K Carbon which gives a great control for the player to put spin on the explosive ball, something that is also helped by the custom holes in the racket’s surface. 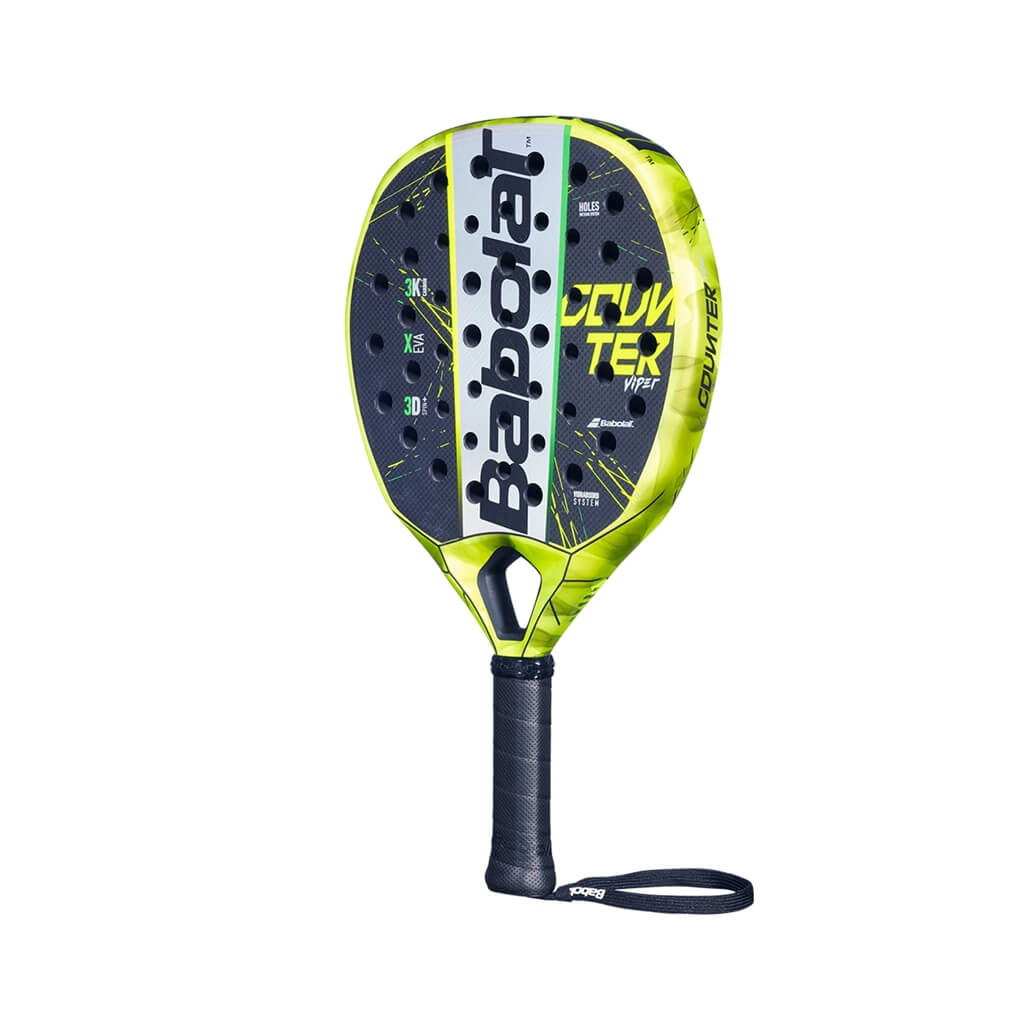 Viper Counter is suitable for the player who is at an intermediate level and who wants a good balance in his game. This racket makes it possible to play on the move from the opponent’s power and to give yourself balanced balls with good attacking strokes thanks to the top-heavy balance. The inner layer of the core is a soft layer that makes even the loose strokes comfortable and the two outer layers of the core structure increase the speed to the hard strokes.

The racket’s hitting surface consists of 3K Carbon for extra control on the strokes and a grooved surface that provides increased grip for better spin. 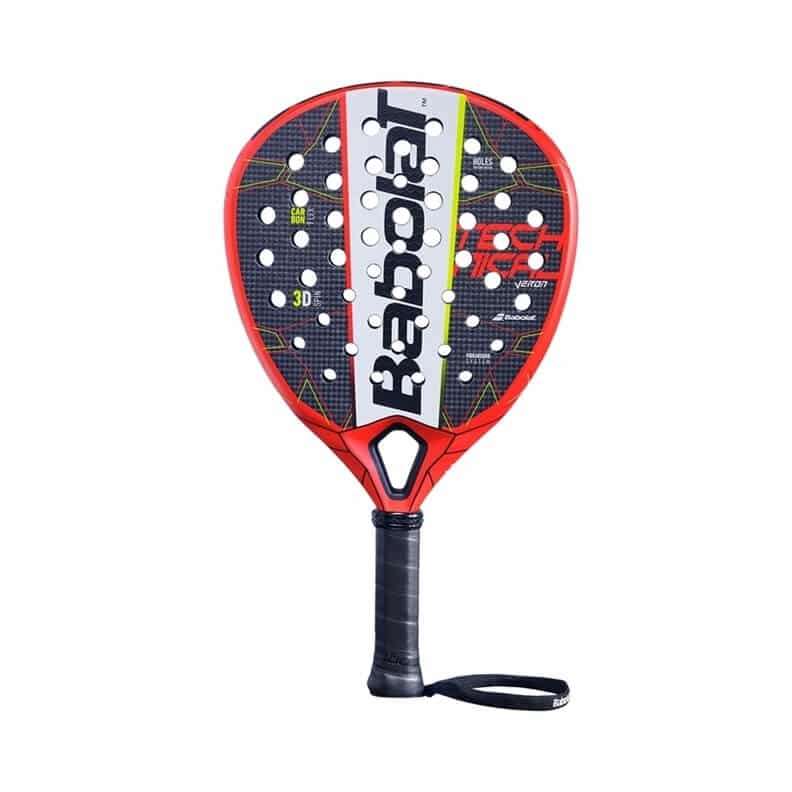 For the player who uses his power to beat his opponents and whose main weapons are overhead shots and powerful smashes, Veron Technical is the racket you need. The hitting surface consists of a combination of carbon and fiberglass to get the best of both worlds. Thanks to carbon, the speed of the ball can be explosive, while fiberglass offers an accessible speed. This makes the Veron Technical a flexible rack that can be used for both soft and dynamic play.

To dampen the vibrations that occur during a stroke, the Vibrasorb System is included in the racket’s neck, making strokes more ergonomic and reducing the risk of injury. 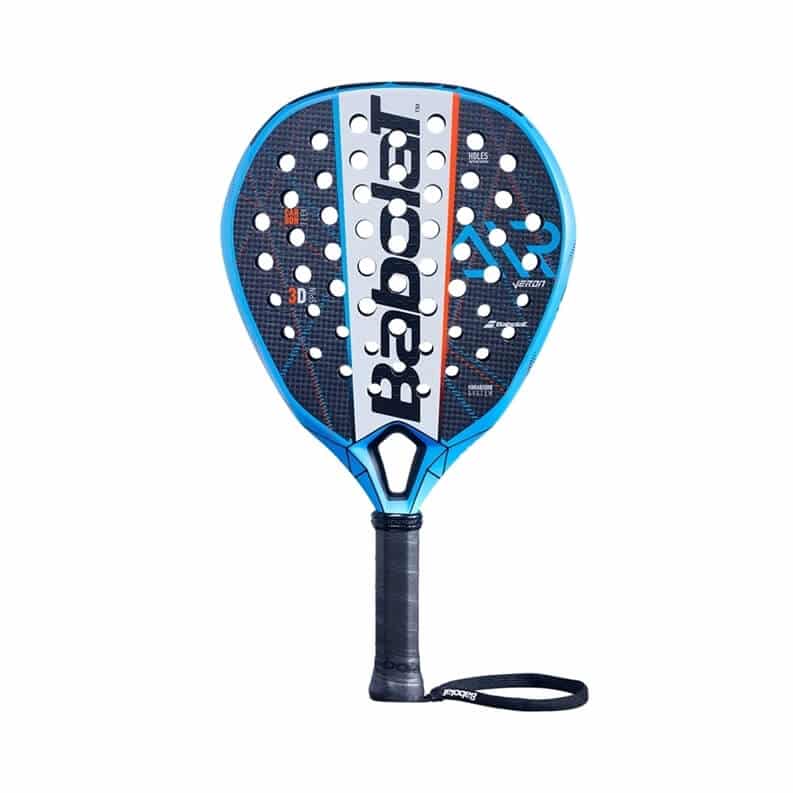 The player who is quick underfoot and moves across the court with ease needs a racket that allows for fast play. The Veron Air is such a racket that with its light weight and slim design offers fast balls and explosive play.

The mix of materials in the hitting surface allows the Veron Air to be used both to add speed, but also to be used for softer play. The hitting surface consists of a special combination of carbon and fibreglass which together allow for the flexible style of play. The surface features a grooved pattern that provides a stable grip on the ball for easier spinning. 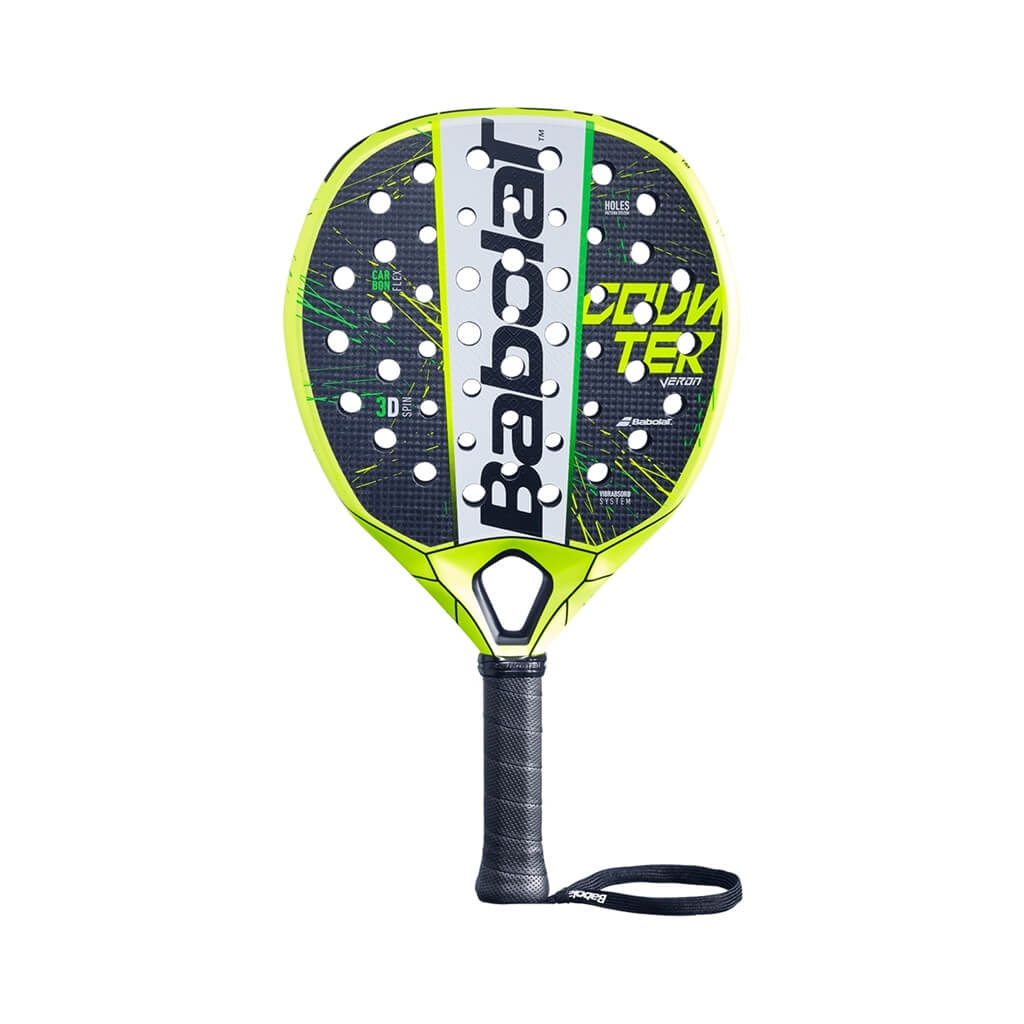 The Veron Counter has a top-heavy balance which gives extra power to the strokes. Whether the player is in front of the net or at the back of the court, the Veron Counter works well to resist opponents’ shots. This rack utilizes the speed of the opponent’s balls making it a stable rack with flexibility.

Carbon and fiberglass are two materials that have been brought together in the racket’s hitting surface to offer a unique game with both dynamics and softness. The hitting surface is equipped with 3D Spin which provides greater control of the ball with increased grip and the ability to put the ball in spin. 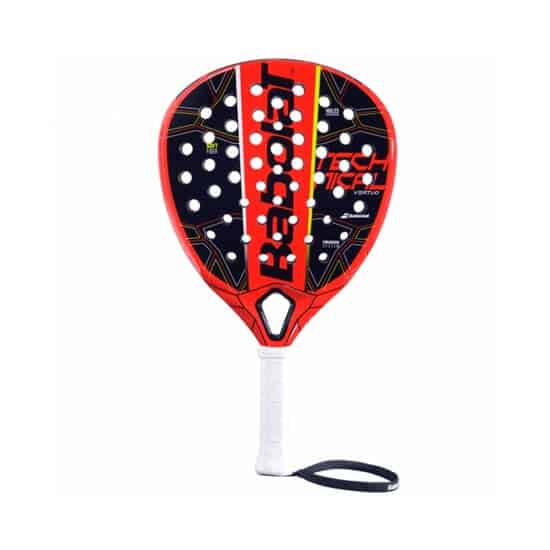 Babolat Vertuo Technical is a diamond shaped racket with low weight and a soft hitting surface. The racquet is a very easy to play racquet with a fairly broad target audience that comes at a relatively low price. The light weight combined with a large sweetspot makes the racket very good choice for the beginner but also works great for practitioners playing at an intermediate level.

Since the Babolat Veruo Technical is a diamond format racket, it is geared for a more offensive game. The racquet also has a soft hitting surface that gives you some extra speed on the balls. 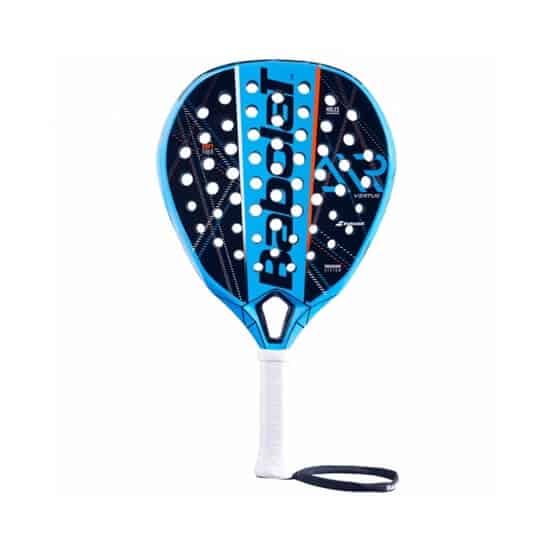 Babolat Vertuo Air is the supplier’s hybrid shaped racket in the slightly cheaper Vertuo series. You get a slightly larger and, above all, softer hitting surface compared to, for example, the Viper series. At the same time, you keep several of the important features such as good texture on the racket’s surface and extra long grip.. 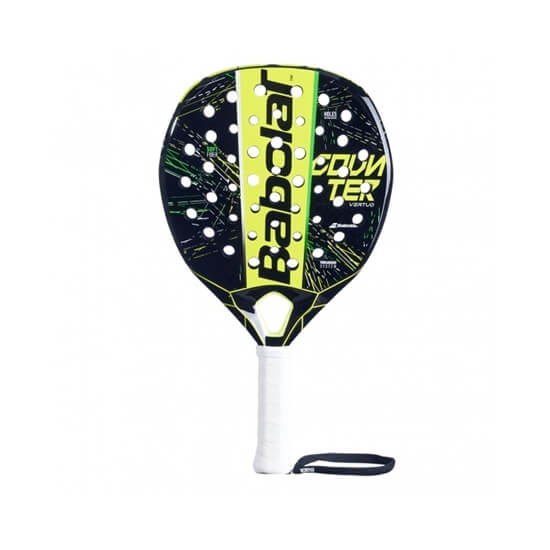 The Babolat Vertuo Counter is a lightweight racket where control is the focus. The large sweetspot combined with the round shape of the racket will give you more control in the game. This racket is perfect for the recreational player and new player who wants to continue to focus on improving their technique while the soft hitting surface helps to get the ball moving.

The racquet has a weight of only 350g which helps with quick turns and movements but unfortunately sacrifices power when it comes to smashes and harder shots. The Babolat Veruo Counter is not a good choice for the more experienced player so if you want to move on to the next choice, there are better alternatives. 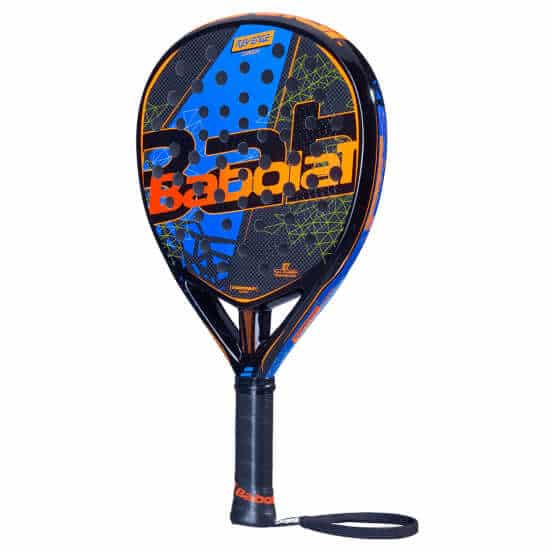 The player who varies between an offensive and a defensive style of play also needs a racket that is versatile. Revenge Carbon is a drop-shaped racquet where 100% carbon provides both the frame and hitting surface to give players both control and explosiveness in their strokes.

The core consists of black EVA foam that adds a heightened feel to each stroke, which in itself also increases the sense of control on the ball. The grooved cover allows for spin and explosiveness in the ball strike. The hitting surface also features custom drilled holes to further accentuate the racket’s best features. The racket has a neutral balance and is suitable for players at an intermediate level. 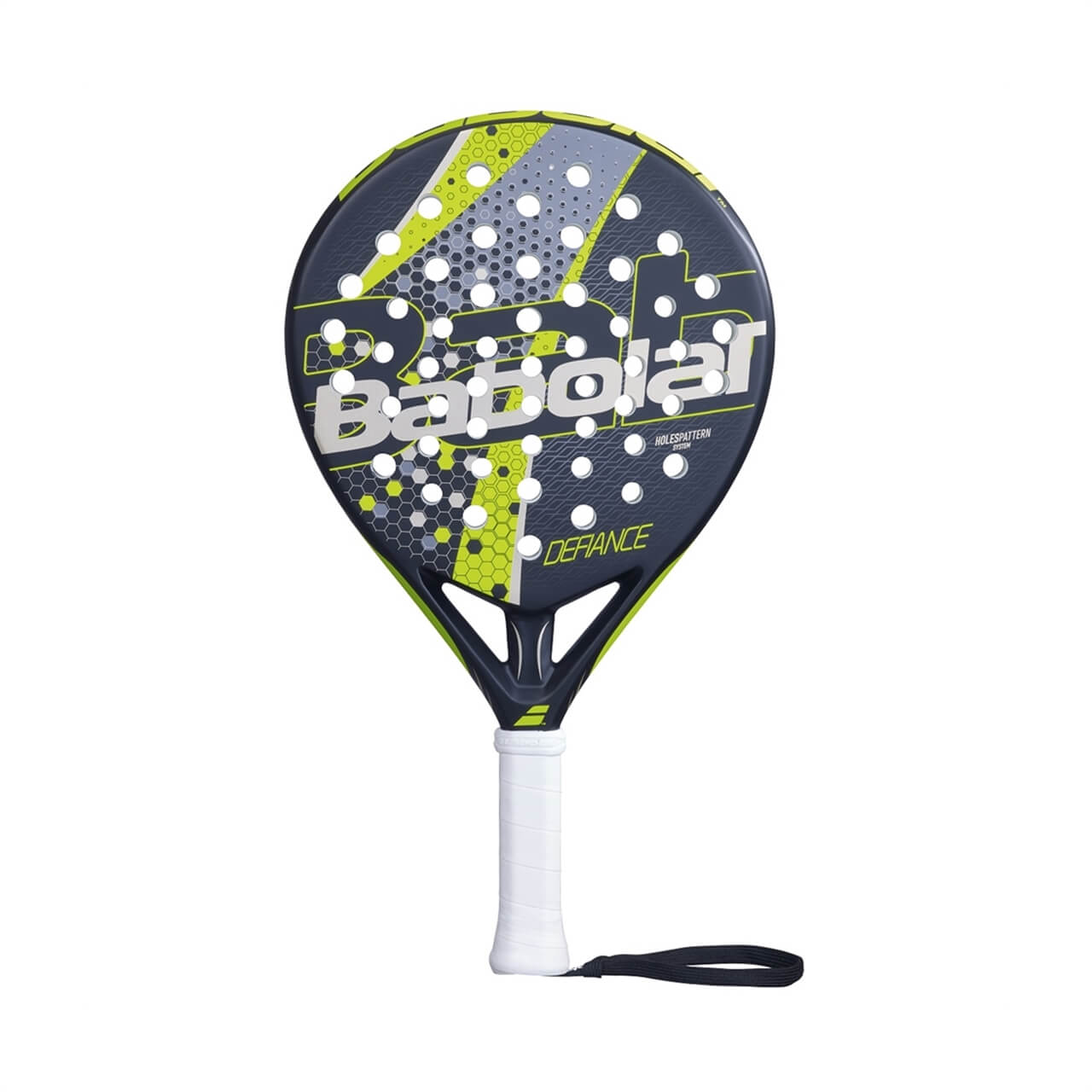 With a sweet spot in the middle of the round racket, the Defiance is the perfect racket for the beginner. The sweetspot’s location increases the chances of hitting the ball well and thus increasing control on the court. The core features the soft and grateful material white EVA foam and a soft hitting surface of fiberglass to make the racket as gentle as possible. Also, the neutral balance positioning next to the handle facilitates the handling of the racket during the game. The Defiance is flexible and allows both controlled play and more defensive strokes with quick movements. 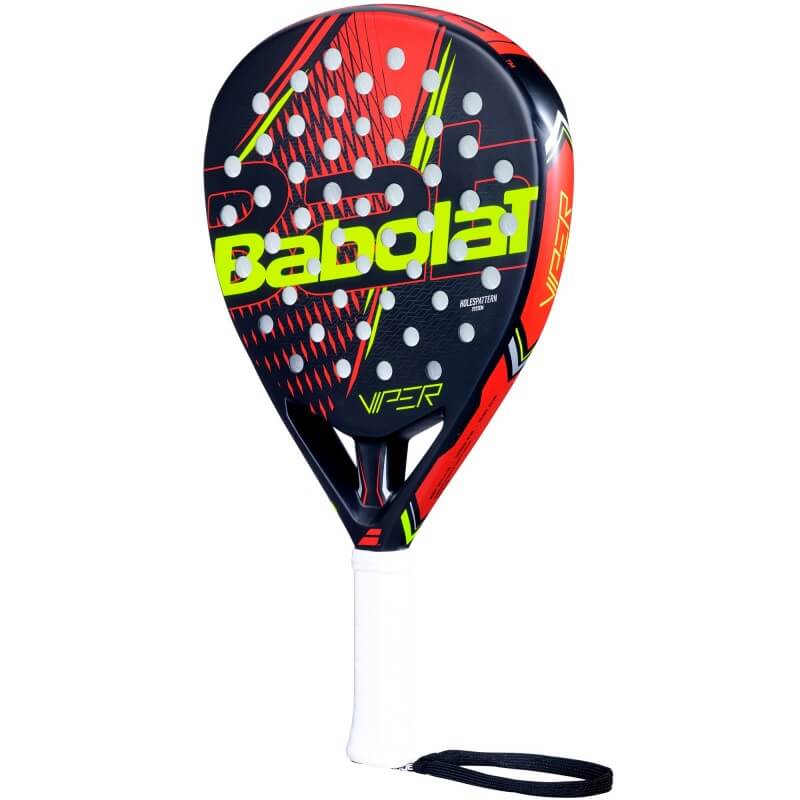 The diamond-shaped Viper racket is an easy-to-play racket that does not require a lot of power and strength in the strokes. Despite softer and looser strokes, the Viper puts speed on the ball and allows for smashes and more offensive shots. The racket’s hitting surface is made of fiberglass which is a soft material. This together with the wide sweetspot makes the Viper a safe racquet with minimal mis-hits. The core consists of white EVA foam which is also a slightly softer material. The balance is top-heavy to make it even more playable and an increased control on the ball. The Hole Pattern technology increases both speed and spin on the ball through increased grip. 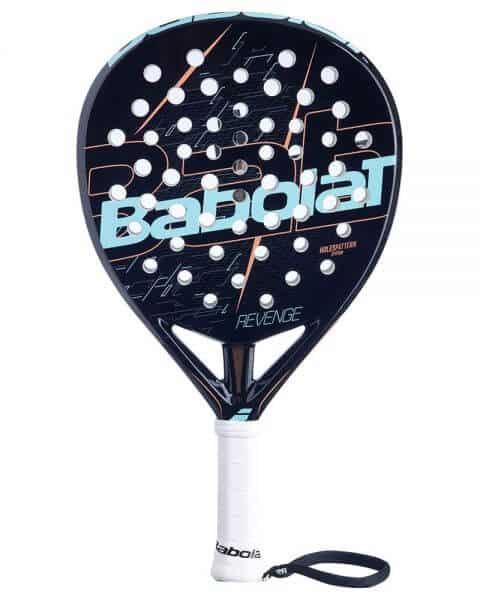 A racket specifically designed and engineered to suit female players at beginner or intermediate level. The racket drop shape combines dynamics and control in a unique way which is enhanced by the drilled holes that bring out the racket’s best features. The soft fibreglass material forms the hitting surface which also has a wide sweetspot for a more secure hitting pattern. This allows the player to get the ball up to speed and spin with ease. The core consists of white foam which makes the hits soft and comfortable, which also minimizes the risk of injury to elbows and shoulders. 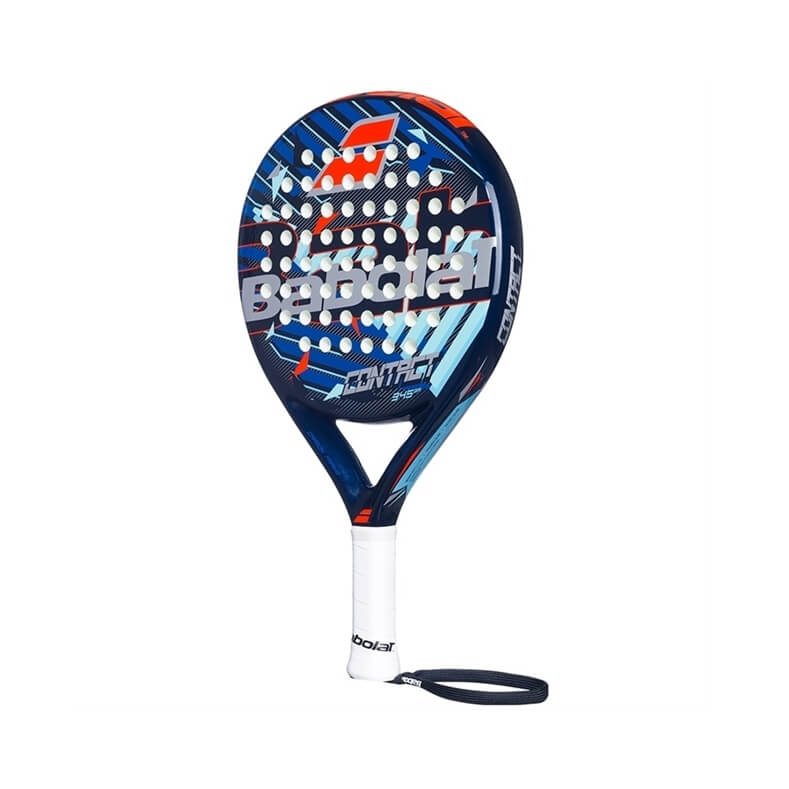 With a slightly larger than standard size head, a larger sweet spot is formed which minimises misses, perfect for the beginner who needs an accurate rack. Contact has a low weight for easy handling and a neutral balance. This rack is also equipped with other features suitable for the beginner, such as wrist laces and a shock guard to prevent the racket from being damaged by impacts with the floor or wall.

Contact has a fibreglass core which gives the ball a high speed with low power and a soft hit.

THE HISTORY BEHIND THE COMPANY

Babolat is the company that early on niched itself for racket sports and now offers a wide range for several different racket sports. At Babolat you will find everything you could possibly need and in addition to rackets you can also find clothing, shoes and other accessories for your game. They produce their own products which have become very popular and are used extensively by several elite players. The company has its roots in France but has a Swedish branch.

Babolat is one of the leading suppliers of padel products in the world. They also take several heavy spots in our big guide for the best padel rackets for beginners, intermediate and competitive players.

Also read our main article if you want to learn more about padel rackets.

The history behind the company

Babolat was founded as early as 1875, a company that has continued to nurture founder and firebrand Pierre Babolat’s interest in racket sports. Babolat is the world’s oldest company in its field, offering high-quality products in tennis, badminton and padel. Its products are used by beginners and experienced players alike, by recreational and elite players worldwide.

From the beginning, Pierre’s idea was to produce strings for rackets, a business idea that lasted until 1994. It was only then that the company started to manufacture other racket parts and since then it has expanded further.

Babolat has always been keen to keep up to date with the latest developments in order to improve its products and maintain a high standard and quality of both racks and other accessories.

The company was founded in the city of Lyon, France, but is now spread all over the world. Babolat is represented in more than 20,000 sports clubs and is sold in as many stores, spread over some 100 countries worldwide. 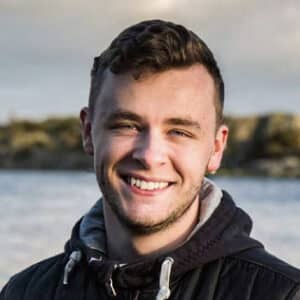 Noah has been playing tennis for about 6 years in his younger days. Nowadays he has put his tennis shoes on the shelf and switched to padel which he plays 1-2 times a week.
Linkedin